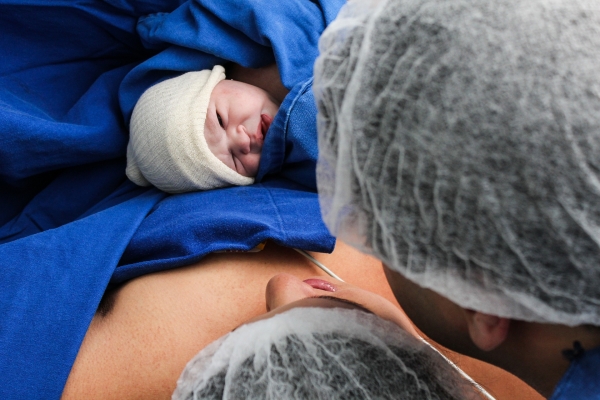 A group of researchers in the United Kingdom recently published a study in which it was found that babies born by cesarean section experience changes in their microbiome with respect to babies born vaginally.

It is scientifically proven that an alteration in the intestinal microbiome is related to the development of diseases in early childhood and throughout life.

In the case of neonates, this alteration in the microbiome can be attributed to many factors such as the development of pathogenic bacteria acquired in the hospital environment in which babies are born after caesarean section, the use of antibiotics by the mother, the absence of contact with the mother's uterus during birth, and the consumption of infant formulas.

The study revealed that babies born vaginally were enriched with species of Bifidobacterium (such as Bifidobacterium longum and Bifidobacterium breve), Escherichia (Escherichia coli), Bacteroides (Bacteroides vulgatus) and Parabacteroides (Parabacteroides distasonis) and on the contrary, The intestinal microbiota of babies born by caesarean section the dominates species were Enterococcus faecalis , Enterococcus faecium , Staphylococcus epidermis , parasanguinis Streptococcus , Klebsiella oxytoca , Klebsiella pneumoniae , Enterobacter cloacae , and Clostridium perfringens , all of which are commonly associated with the hospital environment of hospitalized premature infants.

The study, published in the journal Nature demonstrates that the mode of birth is a significant factor affecting the composition of the intestinal microbiota throughout the neonatal period and infancy, and that the hospital environment in which babies are born can develop pathogenic bacteria that could put the health of the newborn at risk.

To see more detailed this news follows a: